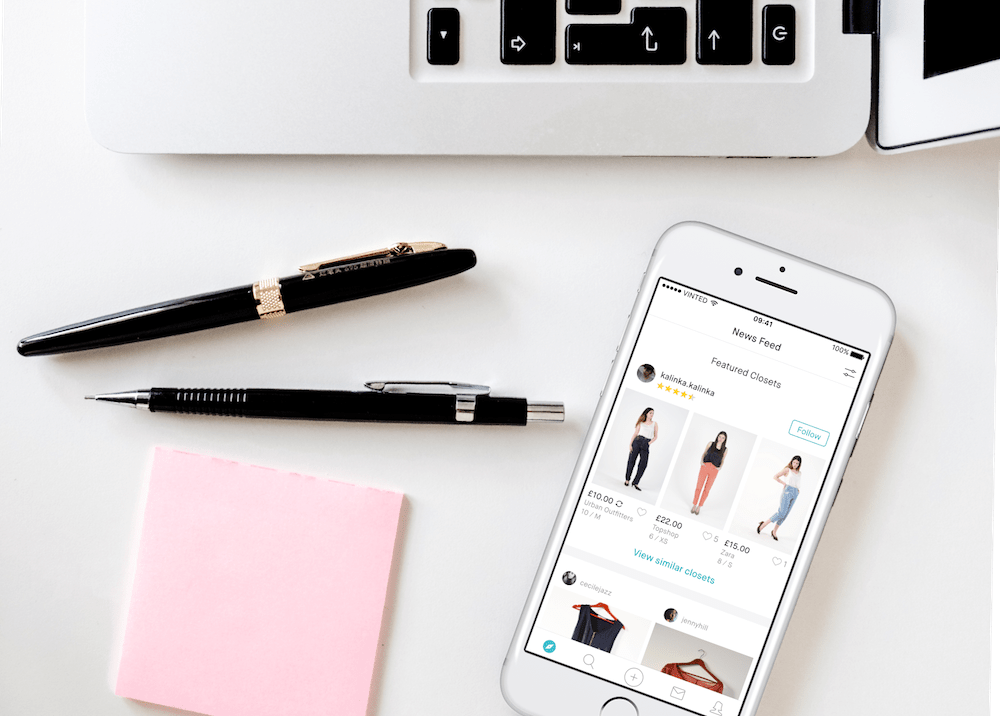 Formerly known as Kleiderkreisel in Germany, Vinted is a peer-to-peer online marketplace for selling and buying second hand clothes, accessories, cosmetics and items for kids. Vinted is live in several markets, incl. Germany, France, UK, US and Lithuania, where the company was founded in 2008. It can be accessed through websites, iOS apps and Android apps, localised for each given market.

When I joined Vinted in 2017, I was tasked to refine, optimise and launch a feature we interally called 'Closet Promotion'. It allows sellers to promote all their listings with the goal to sell more items faster, gain followers and thus generate more sales long-term.

One of the main challenges was to reach acceptance, adoption and retention of this new paid feature within our free product.

The design of the feature was already started by one of my colleagues, but there was still a lot of work to do:

I prototyped several versions of the statistics screen and tested them with users in moderated user tests. I worked closely with our copywriter to improve UX writing and localisation for the German market, where the feature was launched first.

Provide support and learn from users

Together with the support team, I helped create FAQ articles that explain the feature’s functionality. I also added explanations, hints and options to leave feedback to relevant moments of the user flow.

Generate awareness for the feature after launch

I developed the feature’s value-proposition with my team and designed a landing page to bring it across. We A/B-tested different triggers on Vinted’s home screen and promoted the feature with discounts.

I optimised the statistics to better show which value users gained from the feature and incorporated easy ways to for re-purchase. Shortly after launch, we ran awareness and satisfaction surveys with the help of our research team to learn what we can improve.

After launching the feature in Germany in October 2017, we scaled it to France, Lithuania and Czeck Republic during the winter months. Especially in France we had an adoption rate that exceeded all expectations and also the retention rate met our OKRs.

With the new feature, paid services became the second largest revenue stream after transaction fees and before ad revenue, helping Vinted reach break-even the same year and rely less on advertising within the product.