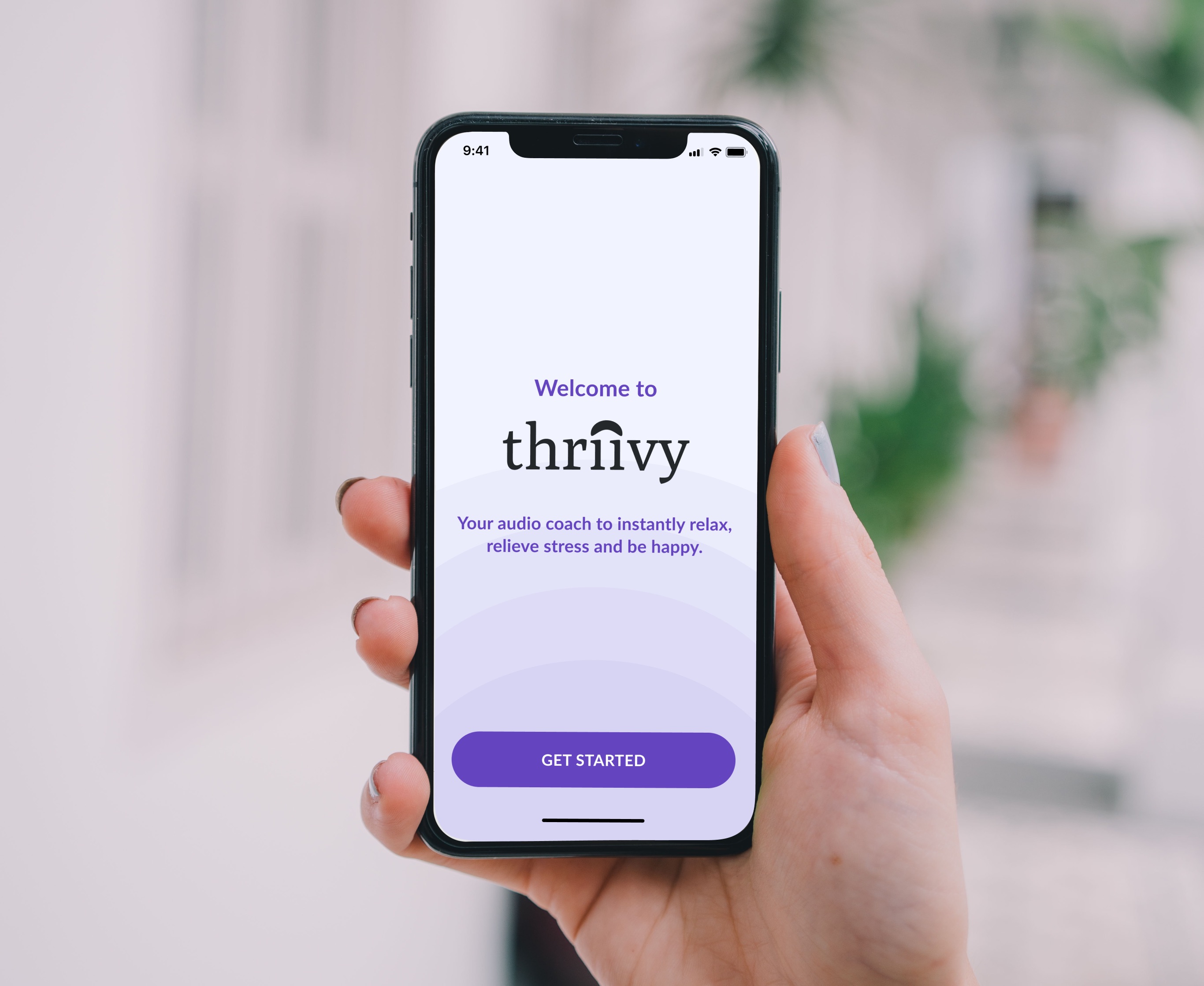 As part of the Future Builder program by Hasso Plattner Institute and Leipzig Graduate School of Management, I supported a group of students with their idea for a mental health app called Thriivy.

In only three months the students had to develop a business idea related to the UN’s Sustainable Development Goals (SDGs). The team I supported decided to create an app that supports mental health in the context of work. At the end of the program, the goal was not only to present a convincing business plan, but also to demonstrate the idea in a tangible format.

The team reached out to me because they needed UX advice on their ideas and how to proceed with them. And they needed someone who transforms their ideas into screen designs.

First we went through the extensive research the team had done. Since mental health is a broad topic and there are already a lot of applications on the market, the main challenge was to boil all ideas down to a single problem to solve. I helped the team formulate and prioritise problem statements and “how might we” challenges. It became clear that the app should provide instant stress relief rather than long courses that only add another point to the user’s TO DO list.

After we defined the problem, the team sketched out their ideas for an MVP which I transformed into a high-fidelity prototype with Figma. Since deadlines were tight, the focus was not to define a thought-through visual identity. Yet the prototype should visually support the app’s purpose and feel like a real product. Therefore I reused existing styles and elements from the Figma Community which I extended by colours and icons from GitHub’s octicon library.

The prototype helped the team discuss their ideas with their program mentors, test the app with users and take the next steps towards development. Based on my designs, they developed a fully functional prototype and pitched their idea to an expert jury on the final day of the program.