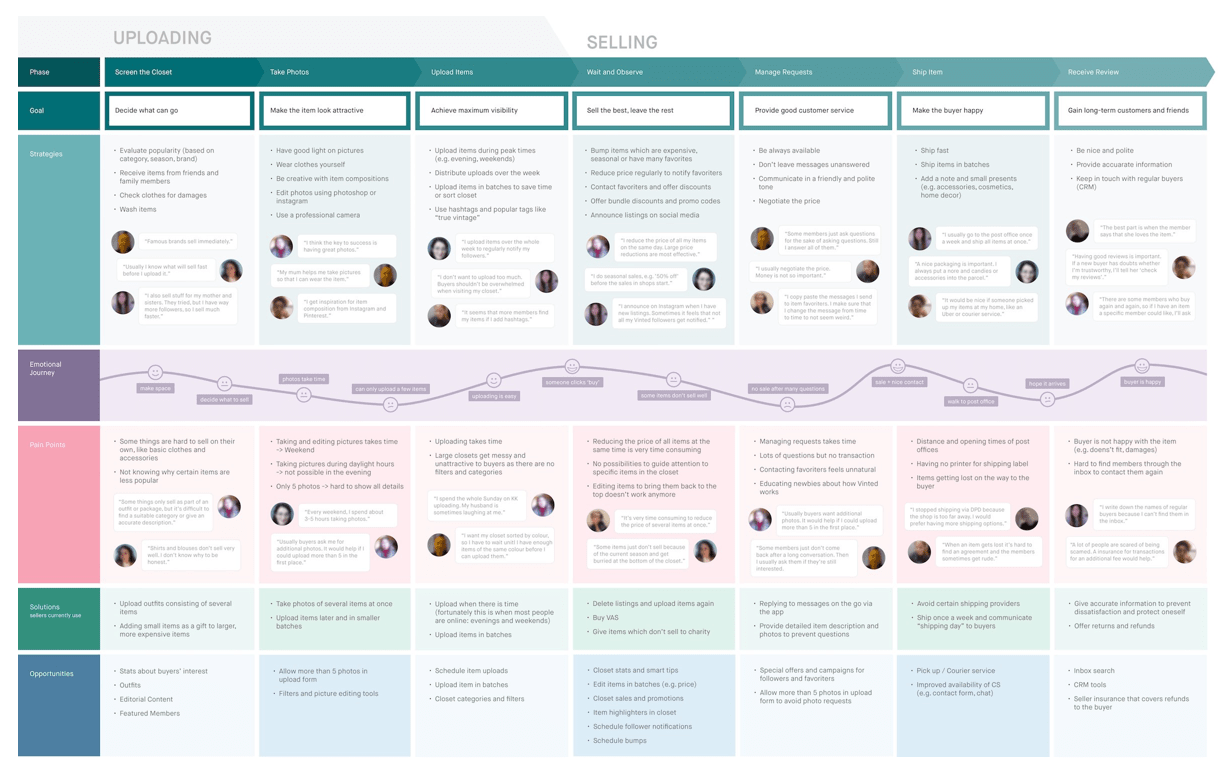 Being part of the team at Vinted that develops paid features for sellers, my task was to identify what to build next.
Timeframe
Jan 2018 - April 2018
Company
Vinted
Team
1 designer, 1 product manager, 3 developers
Responsibilities
Organising and conducting research, documenting and analysing results, product strategy, moderating and facilitating workshops

Formerly known as Kleiderkreisel in Germany, Vinted is a peer-to-peer online marketplace for selling and buying second hand clothes, accessories, cosmetics and items for kids. Vinted is live in several markets, incl. Germany, France, UK, US and Lithuania, where the company was founded in 2008. It can be accessed through websites, iOS apps and Android apps, localised for each given market.

My team and I were responsible for developing paid features that create value for users and new revenue streams for the company. When facing the question what to build next, we had ideas but no user data to inform our decisions. Therefore I decided to research sellers’ problems, needs and current selling strategies to help identify opportunities for new features.

A lot of ideas had been discussed, tested and dismissed before I joined the team, so I invited to a workshop where everyone could share their ideas and assumptions.

Our target group were so-called ”heavy sellers” who offer many items, upload items regularly and sell several items per month. Before I could interview them to identiy their problems and needs, I had to find them. I used data from our user base and sent out a screener survey that also served as a scheduling tool.

After user needs and problems were identified in interviews, we ran a survey to find out which ones are most frequent and severe and thus worth tackling. Over 16,000 users from 7 countries responded.

We analysed and synsthesised the results as a team to bring in different observations and have everyone on the same page. Together we settled on the challenges we want to tackle and went back into ideation mode. A lot of ideas from the inititial workshop came up again. But now we could separate ideas that are just interesting from valuable opportunities.